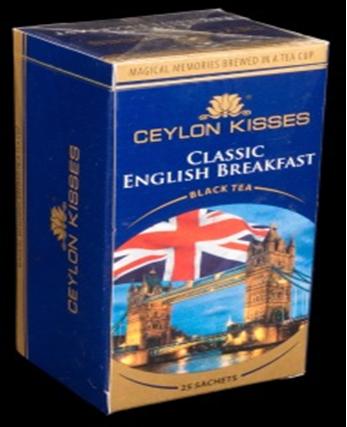 English breakfast is one of the most popular English varieties of black loose tea, the history of which goes deep into British culture. However, there are two versions.

The first one says that at one time Queen Victoria visited the Scottish Balmoral Castle, where she was able to taste this tea for the first time. Many claim that the creator of the English breakfast variety is a Scotsman named Drysdale from Edinburgh

Queen Victoria, as a true Briton, admired the taste and aroma of tea, which, upon returning to England, ordered the import of this variety to London. At its first appearance on the markets, tea was able to become widely known and produced in the most prestigious tea houses in Britain.

The second version is strikingly different from the first. The founder of the popular brand of tea, as it turned out, is a certain Richard Davis, who migrated to New York around the 70s and 80s. With about a thousand dollars in his pocket, he decides to take out a loan and open his own tea making business.

Thanks to many different experiments, Richard Davis was eventually able to achieve the perfect taste and aroma. At first, sales of tea did not go, but after a while, people were able to appreciate this variety and already in 1983, the "English Breakfast" received worldwide publicity.